It was the pandemic that helped John Lopan make the decision to retire from his role as Foreman for Specialty Metals after 26 years at Hermanson.

“I had planned my retirement for the end of June,” notes John from his home in Enumclaw, “But when furloughs were imminent due to the COVID-19 slowdown, I decided to bow out earlier so some of the younger guys could stay employed.”

John started his post high school education at South Seattle Community College studying auto mechanics and worked as a machinist before a friend told him about a union job. He went to work for Clough Equipment Company fabricating aluminum transport gasoline tanks.

Before landing at Hermanson, John worked for a mechanical competitor but was frustrated by the lack of opportunity to grow his skills.  Moving to Hermanson, John was given the chance to expand his skill set by working with different metal types and fabrication methods.

John recalls working on an intricate stainless-steel hood vent when his former boss was taking a new employee tour through the shop. “I didn’t know you could do that,” the former boss said. “You never gave me the chance,” John replied and has always been grateful for Hermanson’s willingness to be innovative and offer opportunities.

John has provided his expertise to Specialty Metals over the years on jobs including Dinol, the Nakamura Court House, and installing showers in every cell at the King County Jail over a three-year span. He has helped the group grow to it current capacity by demonstrating that if it can be designed, Specialty Metals can build it.

Retirement will be filled with fishing, hunting, yard work and projects. The single father of two adult children that he and his ex-wife adopted from the foster care system, John is working with his son to fix up a car. He will be training a yellow lab puppy to be his new bird dog and plans for a workshop are in the permitting process.

John’s advice to those coming up in the trade---never stop learning and take advantage of every opportunity given!

Hermanson wishes John happy retirement!  We hope his project list keep him busy, but never too busy to put out the GONE FISHING sign. 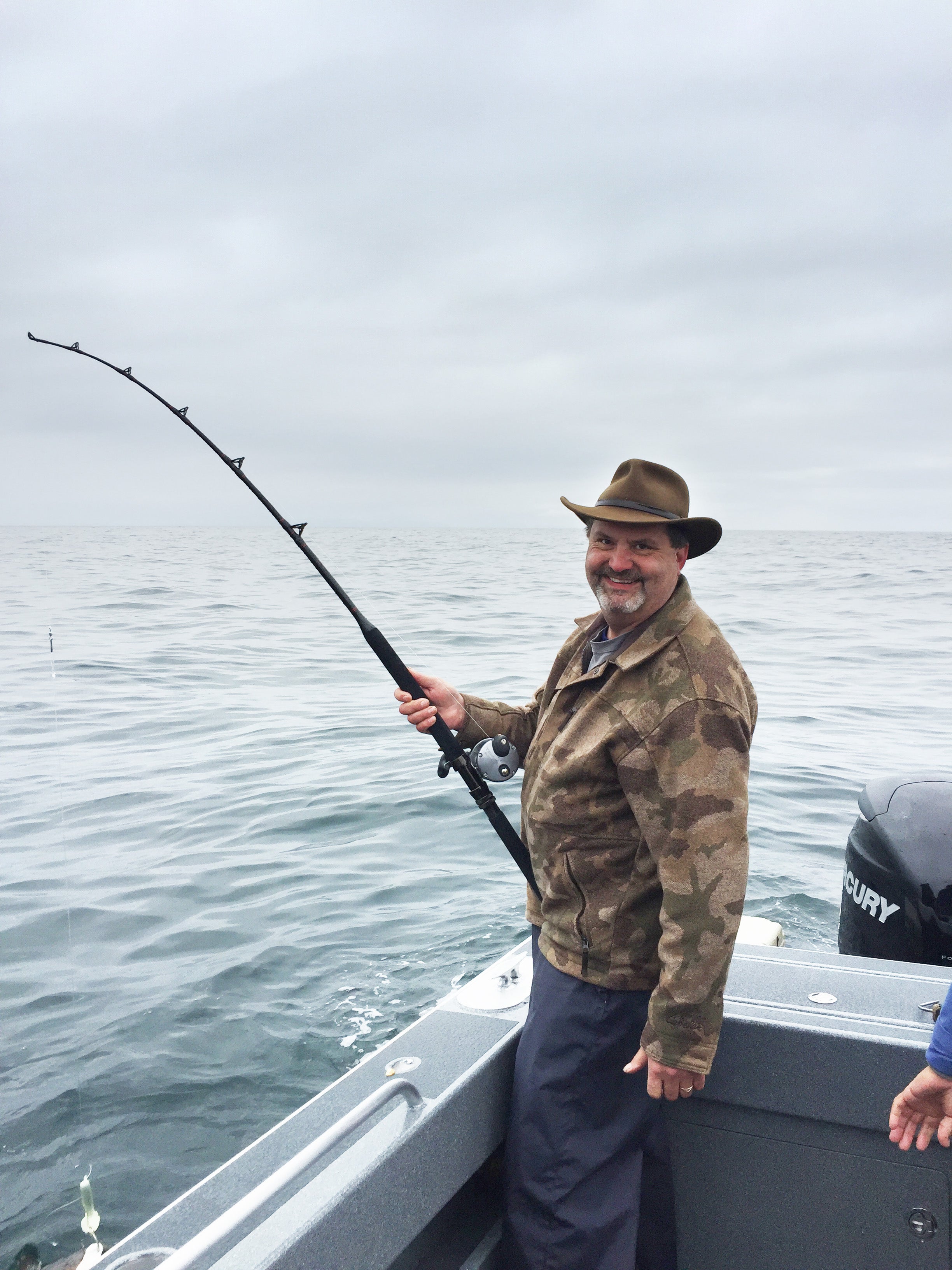